RENT DEFAULTERS MAY BE ASSIGNED TO GUARD LIFTS

A vandalised lift with its missing button panel in PPR Lembah Subang.

He added the council is thinking of safeguarding the PPR facilities, such as the lifts, by getting flat owners who default on their RM124 monthly rentals to become "security guards".

"Maybe those who default on their flat rentals should be assigned to guard the flats' lifts. The lifts at these flats are very important to the residents. Most of the time, they break down due to improper use and vandalism.

"These flats do not belong to the council but the council is paying for their maintenance. We should think of a way to make sure the facilities are well guarded," said the mayor.

The residents had complained the council did not do a good job in maintaining the flat facilities such as the water tank and lifts.

"It is a norm for residents living in these flats to keep the motorbikes in their units. They fear their vehicles will be stolen. Residents also bring the bikes to their units using the lifts and this results in the lifts  breaking down," he said. - NST 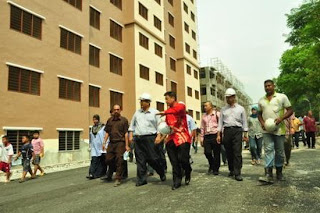 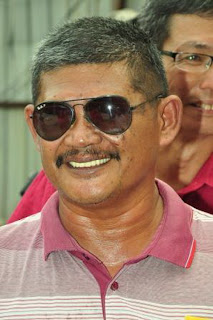 INAI APARTMENTS TO BE REPAINTED

SINCE Inai Apartments in Pandan Indah was built, it has never been given a fresh coat of paint. It has been 18 years and the existing paint, exposed to the elements, has faded, peeled and cracked.

Three colour proposals have been put up for residents of Inai Apartments to choose. Pic by Shah Adnan

Residents, however, can look forward to better-looking apartments soon.

Four blocks of Inai Apartments, namely, Block A, B, C and D,  will be repainted with  colours chosen by residents themselves under the Caring Government For Residents Improvement Aid scheme (Ceria).

Three colour proposals have been put up for residents to vote  at the recently held Clean and Harmonious Flats Campaign at the apartment compound. The campaign is an  anti-vandalism programme launched  by the Selangor government last year.

The programme, which is aimed at giving low and medium-cost flats a new coat of paint, has an allocation   of RM9.7 million. It was first implemented at Mentari Apartments in U5, Puchong Permai Apartments and Samudera Apartments in Gombak.

"The state government forks out 80 per cent of the cost while the Management Corporation (MC) pays the remainder. So far, the MC has paid up five per cent and work can start anytime now.

"They can settle the balance in instalments," he said, adding that work was expected to begin in the next few weeks.

The cost-sharing method, said Iskandar,  was aimed at instilling a sense of responsibility among residents, besides preventing vandalism as residents would take care of the place as they had contributed to the refurbishment.

In its first phase of the scheme, 18 housing projects were identified for repainting. Ten has since been completed while  the remaining are in the process of being painted.

Iskandar said the scheme initially aimed to refurbish 100 residential developments but it  had received another eight applications.

Also unveiled at the event was an anti-vandalism song.

A few photographs of the opposition party's Chinese New Year programmes have gone viral in Facebook, especially a picture that depicts a grassroots leader from Mersing, Johor, giving an ang pow to a pork seller.

Other photographs that have gone viral include Selangor PAS exco member Iskandar Abdul Samad giving an ang pow in front of a pork stall and a "green lion" performance at an open house function held by Perlis PAS.

(Green is the symbolic colour for PAS.)

The Facebook users were comparing PAS with Perkasa, praising the opposition party for its open-mindedness and understanding of Chinese culture.

"This is a scene which MCA will not want to see, its Islamic state claims will be useless," says Denise Yee on Facebook.

No problem for Chinese to eat pork

When contacted by Malaysiakini, Rosalan Mamat seemed surprised to learn that his picture was circulating on the Internet, and he thanked the Facebook users for their praises.

The 51-year-old businessman said the photograph was taken when he and other Pakatan leaders were distributing ang pow, Chinese mandarin oranges and Chinese New Year cards to the people at the Mersing market on Jan 21, two days before Chinese New Year.

Asked why he didn't evade the pork seller, who is deemed not "halal" by certain Muslims, Roslan explained that this is because Islam never forbids non-Muslims from taking pork.

"There is no problem for Chinese to eat pork, only Muslims cannot eat pork. We must respect Chinese culture and this is their right.

"Only Umno and MCA people will twist the facts, claiming that when PAS grabs power, they will not allow Chinese to eat pork," said Roslan.

He added that this was the first time the Pakatan divisions were holding such programmes together. However, PAS leaders have been visiting and greeting the Chinese community during the last couple of Chinese New Year celebrations.

Meanwhile, Perlis PAS chief Hashim Jasin said it was not the first time that the party had invited a 'green lion' to perform at its function.

Hashim said PAS had in fact featured lion dance performances at some of the party's dinner functions in Arau and Sanglang in the last two or three years.

However, he said, this was the first time (Jan 29) that the party and its supporters held the Chinese New Year open house event and invited a 'green lion' to perform at the state headquarters.

It is understood that the 'green lion' is from a sports club in Kedah.

Asked why they wanted a lion dance performance, Hashim explained that they were following the Kelantan PAS government's footsteps, which always held multi-cultural performances.

"Not only Chinese, the Malays also like lion dance performances. It is very attractive," he added.

Asked if the performances were held to gain the support of the Chinese community, he admitted that the people would be able to see how PAS interacts with different religions and races, contrary to the claims made by Umno that PAS will "chop Chinese hands and legs" if it gains power. – Mkini 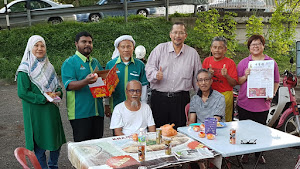 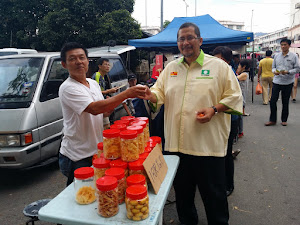